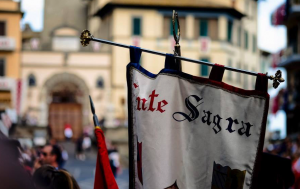 Each year, the town of Soriano nel Cimino holds a huge festival called “Sagra Delle Castagne” or the Chestnut Festival. The town is well known for its top of the line Chestnuts and there is no shortage of them.  It is counted among the top festivals in Italy. For the first two weeks of October, during the Chestnut and Wine Harvest, the town transforms into a medieval wonderland. 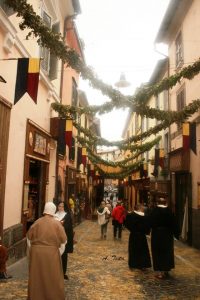 During this time, the entire village swells with Romans, Tuscans, and Umbrians (and CDV guests) to watch all kinds of performances, eat in medieval taverns, and shop the fair.

Last time I personally attended the Chestnut Festival was in 1994, I was 5 years old, and I dressed up like a princess (duh?). I had awesome bangs and I watched the festivities from the balcony of my Nonno and Nonna’s apartment in Piazza. Here is a picture so you can get an idea of how great I am at being a princess. =) 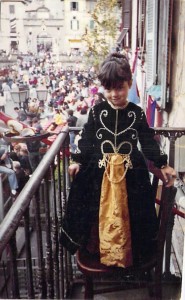 After that, being that it was October, I was sort of busy in school and never got around to flying to Italy for the Chestnut Festival. This year however, 11 years later, I was finally able to attend the Festival again, and from a more adult perspective, its TOTALLY AWESOME!

The weeks that lead up to this festival are spent preparing the town for its transformation, and its no small task either, they build walls, install medieval gates, assemble barricades, hang flags, make costumes, cook foods, bring in bleachers, and practice the performances for hours and hours on end. All of this is out of pure passion and love of the festival, all the time and labor is donated by the people of the town. 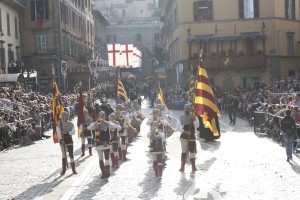 I overheard teenagers discussing how they stayed up all night decorating the town with their contrada (more on what a contrada is later). I can’t imagine a bunch of teenagers in the U.S. spending their free time with a bunch of adults decorating their town for a medieval festival.

Anyway, the town divides into four “Contradas” (Best described as “clans”). They each have their own crest and colors: 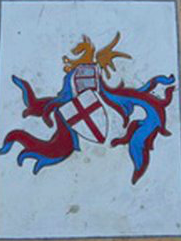 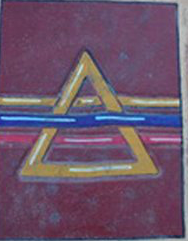 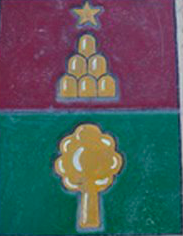 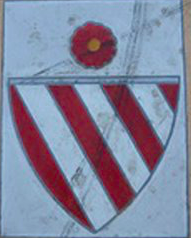 Each contrada is represented by a district of the town. For example, my mom grew up in the San Giorgio Contrada purely because of where her house growing up was located in town. The Villa falls under the Papaqua contrada, so my dad is an avid Papacquese, my apartment in town is in the Rocca contrada, so I am technically Rocca, but that is tricky because I was raised by San Giorgio and Papacqua. Very Political =).

During the festival the Contradas fiercely compete for a series of prizes, the most significant of which is called the “PALIO”; a coveted banner awarded to the contrada that wins the yearly jousting & archery competition. 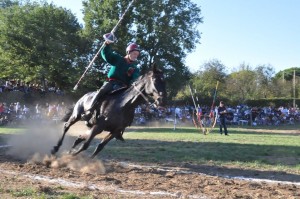 Jousting for the Palio

Another very serious part of this festival is the performances held by each contrada, they are each known for a specific talent.

The Rocca Contrada, is well known for their “Spadaccini” or Swordsmen, they perform an extravagant and amazing sword fight like you’ve never seen before, they are very popular, and Soriano’s Swordsmen have traveled around Italy and other European countries putting on shows, but they save their best material for the Chestnut Festival at home. My cousin Luca is one of the swordsmen, which is a huge honor making him quite the babe magnet in town. 😉 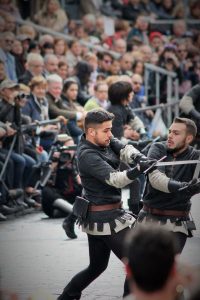 Luca during the Sword fight 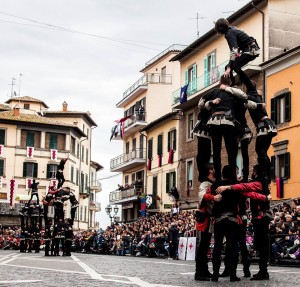 Amazing Performance by the Rocca Swordsmen

The San Giorgio Contrada has the fire breathers. 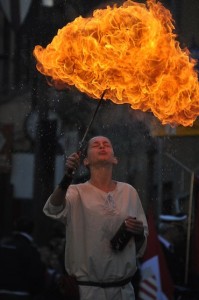 The Trinita Contrada has the “Sbandieratori” or Flag Throwers. They put on a pretty big performance in the main piazza as well. 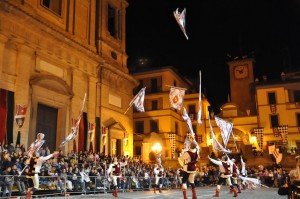 And last but not least, Papacqua has their band of Trumpets and Drums! Which is a pretty amazing performance right in the Piazza, which can be heard all the way down to the villa. 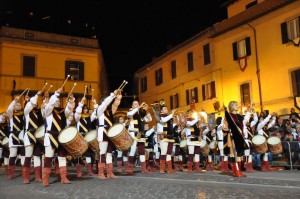 On top of all of these amazing costumes, competitions and performances, there is also a huge market that takes place in town, bigger than you can even dream up. All the streets are closed off and the whole town is made up of vendors selling everything from homemade goods, local meats and cheeses, clothing, shoes, bags, foods, honey and more! It’s a festival beyond anything I could have dreamed up. All for a Chestnut, makes you wonder, what is so great about the chestnuts in this little town?

Well, you’ll just have to come and visit to find out why this place gets so excited about a chestnut.

It all happens for just two weekends in October, and then just like that, the town returns to normal.

Take a look at our tour in Soriano during the Chestnut Festival where you can take part in some of these magical events by clicking here: Experience the Magic of our Medieval Festival & Harvest Season!

Slow down and let your vacation happen

Hi – can you please tell me what dates the Soriano Chestnut festival is on in 2016 and 2017 please. I have searched the Internet without success, all I know is that it is over 2 weekends in October.
Many Thanks

All the info you need is on the culture discovery.com website.
If you look on the home page under Italy cooking vacations, then scroll to Tuscany and Umbria. At the bottom of all the different packages the festival is there.

My girlfriend and I are booked for this already!
Hope to see you there 🙂 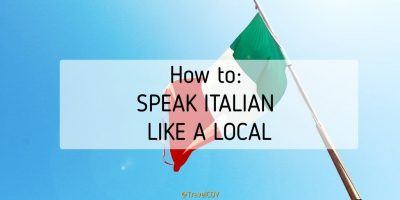 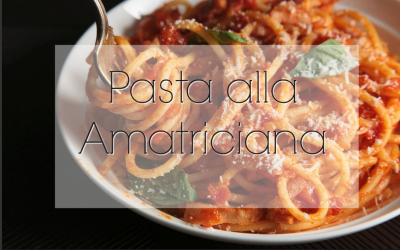