Paolo and Marisa are, by all accounts, your typical everyday Italian farmers.  That is, with one big exception:  Their farm happens to be across the road from us…  those crazy people that bring all of the Americans to town…  Yes, Canadians, Australians and Brits, too.. but to them, they hear English and simply think “Americans”.

A fun, and to some degree, macabre tradition began three years ago.  A guy named Steve visited with his then girlfriend, Jessica.  He was a guy from Jersey with that classic dry, sarcastic, irony-ridden sense of humor.  He walked over to the farm, spotted a pig, and simply exclaimed two words:  RAMON JAMON.  Yes folks, he named the pig.  While it is widely considered a bad idea to name your food-to-be, I was right there with him, video camera in hand…. And for those of you that have been reading my blog, I’m that guy from L.A. with that classic dry, sarcastic, irony-ridden sense of humor.  I just couldn’t let it be.

While Steve left, I couldn’t let it go.  I had to humanize Ramon.  I went on to shoot hours of video.  People meeting Ramon, people feeding Ramon, interviews of people after having met Ramon.  The end result was a video I put up on the web that has gone on to be one of our classics:  “They Called Him Ramon” (View the video on YouTube). 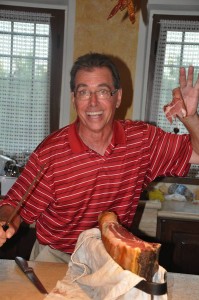 on (or at least part of him) was the prosciutto in our kitchen, and there was a new pig in the pen.  He had an attitude… not too friendly.  Still, the tradition continued.  As fate would have it, Steve and Jessica returned to get married in Soriano.  We waited for them arrive before we named the new pig.  When they did, we took this new pig’s attitude into account and called him “Jabba The Pig”.  Yes, Star Wars fans, he was big, ugly and mean.  The name fit.

All of this brings us to our 2010 season.  We were back in Italy, and Jabba was now the prosciutto in our kitchen, and there was a new pig in town.  He was a different kind of pig… nothing like Jabba.

The new pig was cute and adorable.  He was friendly and social.  He even had one blue eye and one brown.  But at the end of the day, he was a big fat pig.  So we thought of an appropriate name for a big fat teddy bear of a pig.  We called him Sumo.  Sumo The Pig.

As with years past, all of our guests met him, but unlike with Jabba, Sumo became extremely popular.  People fell in love with him.  They would feed him while talking to him like a puppy.  They would get saddened by his fate.  They connected.

The unparalleled love for Sumo gave him a life like no other pig.  All season long, people would set food aside to feed him, making Paolo and Marisa very happy farmers.  Sumo got his very own FaceBook profile, and boasts more friends than most humans!  (Visit Sumo’s FaceBook).  His genealogy has been traced and blogged.  Songs have been written and sung about him (Watch the “We Love You Sumo” video), countless people have featured Sumo in their Facebook profile pictures, and elaborate escape plans have been made to secure Sumo’s future.

But the road to hell is paved with good prosciutto, and Sumo is a pig that was born with a destiny.

Sadly, last Friday Sumo met his last visitor.  He had his last scrap of leftovers given by someone wishing for his freedom.  All Sumo has left are Paolo and Marisa… The people that will, in two months time, help Sumo fulfill his true destiny. 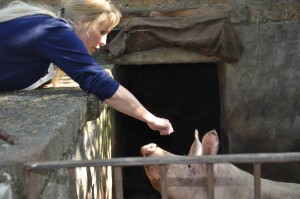 As our 2011 season starts, our kitchen counter will be home to new prosciutto, and as with every year, there will be returning guests that knew Sumo, knew Jabba, and knew Ramon…  and as with every year, they will quickly get over it as soon as they taste some of the best prosciutto they have ever had.  Prosciutto that can only be the product of months of loving feeding by visiting guests.

There will be a new pig in the pen.  We will assess his personality and give him a name as we do every year.  If he is even half the pig Sumo was, he will be a delight to all.

Sumo, you will be truly missed.

We will be stopping by Sumo’s humble pigpen one last time to say our final farewells tomorrow afternoon, just before we leave Soriano for the winter. It will be a heart-wrenching moment, for sure!

Carol please give him a kiss on the snout for me. Okay, a scratch on the eat will do. 🙁 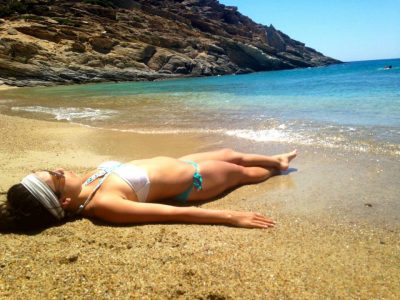 Your second trip to Italy may be your first 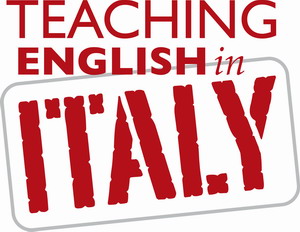 Alyssa Saltzman / June 2, 2016
Things that make me scratch my head 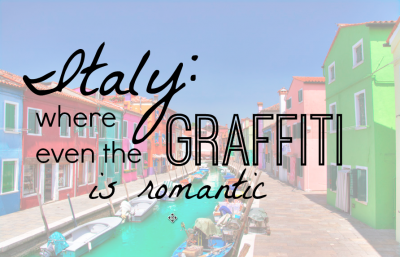