Anyone that has learned a second language knows all about those embarrassing moments when they were trying to say one thing, but unknowingly said something completely different. In most cases, the thing they actually wound up saying is something that would never say on purpose.

With that in mind, this is my tribute to those moments.  I’ll share some of MY most embarrassing moments while trying to communicate in Italian over the years, as well as some of my wife’s while learning English.

Forgive me in advance for some of the profanity you will find here.  It certainly was never intended when it was used  🙂

“It Was a Good Year”

I’ve always had trouble with the pronunciation of double consonants in Italian.  I would pronounce a word with two T’s or one the same way.  The nuance has always been a chore for me.  Usually it is no big deal.  People get what I am saying from the context.  But it can get you into trouble.  “How have things been, Michael?”  “Well, it has been a good year!”.  Ok, harmless enough, right?  The problem comes with the word “YEAR”.  In Italian, it is “ANNO”.  But fail to put the right emphasis on   that Double-N, and you are actually saying “ANO”, which means “ANUS”.  Ouch!

“The Roofs Are Beautiful”

Learning Italian, one often finds themselves unsure if a word should be using masculine or feminine form.  It is “La” or “Il”  Do I tack on an “A” or an “O” or an “E”.  Again, context usually takes care of it for you so that you are understood, but sometimes that understanding comes at the expense of a good laugh.  So for future reference, remember that the Italian word for roof is masculine, NOT feminine.  Otherwise you may find yourself describing beautiful “tits” (tette), rather than a beautiful “roof” (tetto).

“What was all that noise upstairs, Michael?”  “Oh, I was just sweeping.” – Harmless enough, right?  But like any language, slang offers itself to some very interesting double meanings, and the less ‘appropriate’ is the one that always comes to mind.  The verb “To Sweep” in very common Italian slang refers to… well, let’s just say the vulgar form of “To Make Love”.  You can finish the rest of this thought to your own conclusion :-).

“The Food is Full of Preservatives”

This actually happened to Paola (Native Italian!), so it can happen to anyone.  Sometimes we try to translate a word by using the English form with an Italianzed suffix (or prefix).  It usually works, extending your vocabulary greatly!  But sometimes you fall flat on your face… VERY FLAT.  Paola was at a grocery in Italy one day, talking about the difference between food in America and food in Italy.  She was trying to say that the food in America was generally full of preservatives.  PRESERVATIV(ES)….   PRESERVATIV(I)…  PRESERVATIVI.  It makes perfect sense.  Only one problem.  The word “preservatives” in Italian is “conservanti”.  “Preservativi” means “CONDOMS”.  So somewhere in Italy there are people that have been told American food is made with condoms.

“There Are Mice!  Dig Through The Mound of Dirt Slowly”

It’s not always what you SAY, but what you HEAR.  When I first moved to Italy, I spoke no Italian.  As I was beginning to learn, my marginal comprehension got me into trouble more often than it helped me.  In one instance, I was down at what is now our villa, helping Paola’s parents with some gardening.  Communication was a challenge, but I really wanted to help.   At one point, Paola’s father handed me a shovel. I heard him say: “Blah Blah Blah MICE Blah Blah Blah PIANO TERRA.”  OK, I can do this!  I picked up enough words to grasp some, and the rest I could grab from visual cues. I know I can do this… put it all together, Michael!

Is this guy messing with me?  Whatever, I am dating his daughter.  What am I to do?  So I took the shovel, and walked over to the mound of DIRT.  I started to SLOWLY shovel the DIRT, all the while wondering if MICE would start scattering.

As I do this, Paola’s parents are looking at me like I was from Mars.  They walked over to me, laughing like crazy, saying BLAH BLAH BLAH BLAH BLAH.  Her father gestured for me to follow him past the mound to a house under construction.  He took me to the first floor, where there was a giant pile of corn, and started shoveling some corn into a bag.  I was thoroughly confused.

“Take this shovel and get some corn on the ground floor”.  Over there, PAST the mound of dirt.  Argh!

From Italian to English

Nobody is safe!  These things happen from any language to any language.  For every mistake like this I have experienced or heard of while learning Italian, there is one Italians do when learning English.  Here are a few of my favorites:

For an Italian, the nuance between the word “Stoke” and “Stock” is a difficult one.  Paola learned this the hard way one day in England.  She was in a pub and wanted to practice her English in placing an order.  She went up to the bartender and carefully asked for “Two Cocks with Ice, Please.”  Suddenly everyone broke out in laughter, and she was dumbfounded.  She went through it in her head.  She learned that in England they said “Coke” instead of Coca Cola.  OK, got that!  She remembered that in England it was proper to always say “please”.  Check.  What on earth are they giving me a hard time about?

So she repeated it once again, slowly… and carefully.  “TWO… COCKS… WITH ICE… PLEASE”.  They continued to laugh, even more this time!  Finally one of her friends pointed to a glass of Coke, and said “C  O  K  E”, then pointed down below and said “C  O  C  K”.   Can you immagine how red she turned when it all fell into place for here?

“He was being such a Hassle”

Stop and think about how that might sound coming from someone without complete command of the nuances of English pronunciation.  It caused some serious undue stress for Paola.  Ok, say “HASSLE”.  Now say “ASSHOLE”.  If you are not 100% sure, it is very easy to get the two confused.  Need I say more?

“The Beaches Are Beautiful”

Perhaps one of the most common, I cannot begin to stress how many times I have heard an Italian describe how beautiful the “Bitches” are in California.  Perhaps it isn’t always a mistake?

“The Sheet Is Dirty”

Do I really need to explain this one?

I’ll close with one I just heard recently.  Paola’s hairdresser in the states is an Italian immigrant, and he told this story of his earlier days doing hair in the States.  Yes, he was trying to ask a customer if she wanted a “Blow Dry”, but he had clearly heard the term “Blow Job” somewhere, and accidentally made this connection.  How I would love to have been a fly on the wall that day!

If I keep thinking, I could come up with a hundred more of these, and anyone reading this that has lived in a different culture, and learned a new language will have countless stories of their own.  Italians in The States, Americans in Italy, Germans in England… whatever.   I would love to hear your stories! 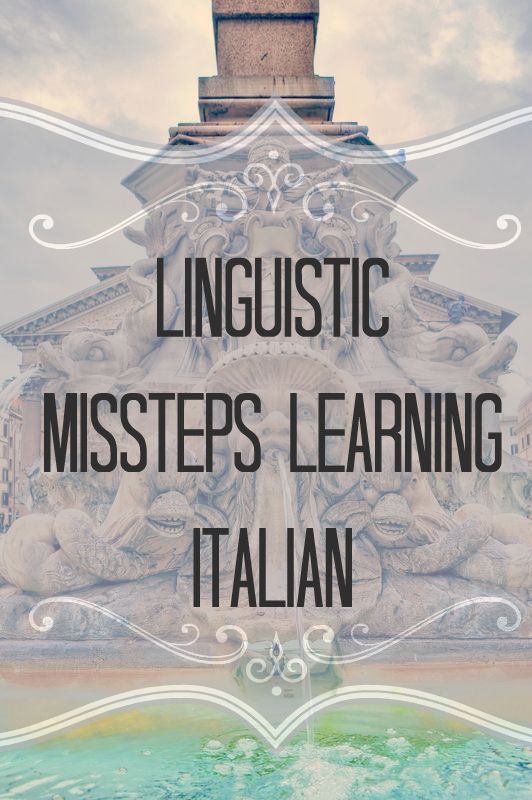 Ah…Coke, Sheet, Beaches & Hassel… my husband still has trouble with those words. When my husband first moved to the States, he was at work and was asking someone about a Fact Sheet… well, you can guess what ‘Fact’ sounded like!

mistakes:
in the sweep section, shouldn’t it be the verb ‘to sweep’ not ‘to sleep’

also, in the preservatives section you typed engish.

This made me laught this evening but of course I have none to share, sorry : )

going to the Santa Rosa Macchina Festa in 2 min…will read ……and laugh…later!

Becca: I can always rely on you and Alyssa as my personal spell-checkers 🙂

LindyLouMac: Come on, you must have SOMETHING

Carol: You will love it! It is truly amazing.

I tried explaining a gazillion times the differences between beaches and bitches to a friend. With slow pronunciation of both words, I emphasized the vowels, however this did not work. He just continued to say bitches and bitches. LOL It wasn’t until the last time that I tried doing this that he actually understood there is indeed a difference between the two words.

Great post. I have had some, uh, interesting exchanges when I first started learning Italian and given the state of my facility with the language now I am destined for many more. Thankfully Italians are tolerant of others butchering the language. Here is an address of a similar (although shorter) post I did some time back: http://www.dreaminginitalian.com/2010/07/26/early-adventures-in-italian/

Spanish: “embarazada” means “pregnant” If a ninth-grade American girl is embarrassed, trying to say so in Mexico can make it worse.

Enjoyed a good laugh. Thanks!

I was taking a conversational Italian class and was looking in my bag for a pen. My teacher asked me what I needed to which I replied “Ho bisogno un pene”. She graciously responded “Ahhhh una pena”. I was very proud of myself until my Italian friend told me that I had told my teacher that I needed a penis instead of a pen.

A family friend recounted a story when she was with a friend in Italy several years ago and was trying to compliment someone on their “baffo” but called it “buffo” instead. The person became irate.

hahaha. I sure hope his moustache was funny 🙂

I don’t have Hams on my eyes. Ohhh what a handsome broom ! Yes let’s go eat I’m quiet angry 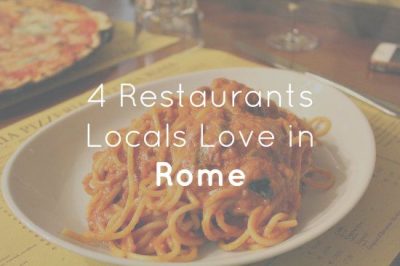 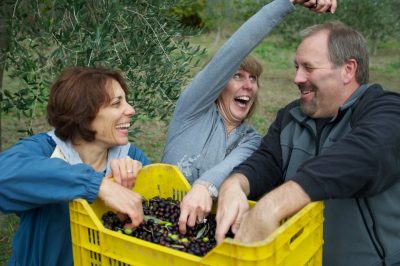