Just ten miles from our home base of Soriano bel Cimino is the city of Viterbo, which is practically unknown internationally. However, this city of roughly 65,000 residents holds a place in history that is especially relevant as of this writing. A new Pope is about to be selected by the Roman Catholic Church, and the process we are all about to watch unfold before our eyes started right here.

Most think of the Vatican as strictly a Roman place, and a few are aware of the Avignon Papacy, when for a period the Popes actually resided in France. But even fewer know of The Viterbo Papacy, a period that lasted several decades in the 1200’s, during which Popes were living in Viterbo because it was just too dangerous for them to live in Rome. This is not just some short period that lives as a footnote of history, but a very significant period. It is where the tradition of the Papal Conclave began, and the story behind it is fascinating.

So as we are about to watch our televisions with images of black smoke coming out of a chimney in Rome. As we listen to the pundits talk about which Pope will be selected, and how long it will be before we see white smoke come out of that chimney, read on to see how it all started. After all, Viterbo is home to the longest papal election in history and the first ever conclave.

It all dates back to the year 1257, when Pope Alexander IV made the decision to remove the Papal Curia from Rome. At the time, violence in the city was increasingly troublesome, and there was a great deal of hostility between the church and the Roman commune. He decided to move roughly 80km away to what was once a bishop’s palace in Viterbo. The church enlarged the palace to create a new location suitable for the Popes. 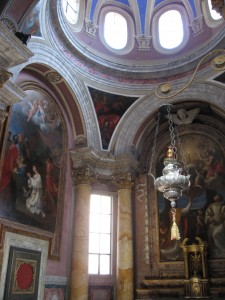 When Alexander IV died, Jacques Pantaléon, the Patriarch of Jerusalem had just returned from the Crusades to seek help for oppressed Christians. While there, the Pope died, and after three months, he was made Pope, taking the name Urban IV, and marking the first non-cardinal to be elected Pope in the later middle ages. During his four year papacy, he lived partly in Viterbo, and partly in Perugia.

Once Urban IV died in 1264, Pope Clement IV was elected in Perugia. It was still far too dangerous for him to enter Rome, as the anti-papal Ghibelline party was in complete control there, and he ended up taking full-time residence in the Papal Palace of Viterbo for his three and a half year papacy. It was just after his death in 1268 when things began to get very interesting in Viterbo, and Papal history was made.

The election has gone down in history as the longest papal election, lasting one thousand and six days! It resulted in major changes to the process that are still in use today, and it all happened in Viterbo.

In the beginning, the cardinals would meet once daily in the Viterbo Cathedral, then return to their respective residences. However, there was tremendous infighting between the cardinals at the time, who formed factions, mostly French versus Italians, that could not come to agreement. During this period, three of the twenty cardinals died, and another resigned his rights.

For roughly a year, the vote happened daily with no results. More than anyone, it appeared that the most likely choice was going to be Filippo Benizi. However, he felt unworthy, and when he realized he was the likely choice, he fled to avoid election.  It seemed it would never end.

This resulted in a complete deadlock seventeen months into the process. The people of Viterbo were getting restless, and were advised be St Bonaventura of Bagnoregio to take action. The people decided to finally lock the Cardinals in the Papal Palace. Still with no agreement, they began to ration the cardinals to bread and water. Finally, out of utter desperation, they tore the roof off of the cathedral to allow better access for the holy spirit to get to the Cardinals and inspire them!

Finally, under growing outside pressure, the cardinals agreed to elect a committee of six in September of 1271. Within two days, a new Pope was finally elected.

The new Pope was Teobaldo Visconti, a nobleman from Piacenza. He was the second non-cardinal to be elected Pope in the later middle ages, but to take it a step further, he wasn’t even a priest! He was crowned Pope March 27, 1272, and took the name of Gregory X. 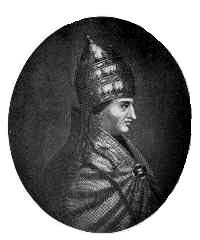 Pope Gregory X was determined to make sure another prolonged election would not happen. During the celebration of the Second Council of Lyon, he established the Conclave in the Ubi periculum constitution, heavily based on the measures the people of Viterbo took to stop the stalemate that resulted in his own election.

When a pope died, the cardinals with him were to wait ten days for other cardinals to arrive. Then, each with only one servant, they were to meet in the palace where the previous pope died. They would all be locked in “cum clave” (By Key) a common room with no partitions. This is the origin of the term “Conclave”.  Nobody would be allowed in or out, and there was to be no communication with the outside world. No messages were allowed to be sent out, and the penalty for breaking these rules was nothing less than excommunication. One window was allowed, through which food would be passed to the cardinals.

If, after three days, they had not come to a decision, their food would be rationed. If, after five days, no decision had been made, their rations would then be reduced to bread, water, and wine.

In fact, the next Papal Conclave after Gregory X’s death lasted only one day.   Since then, there have been many changes to the Conclave, but the general concept remains, and this was the first time it ever happened.

So as we wait for the white smoke to come up the chimney, think of Viterbo where the Conclave started.

The FAMILY feeling of our vacations explained 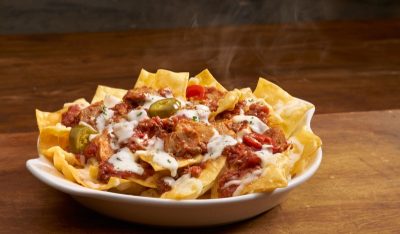 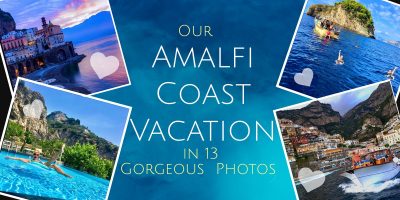 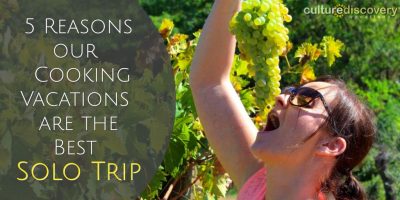